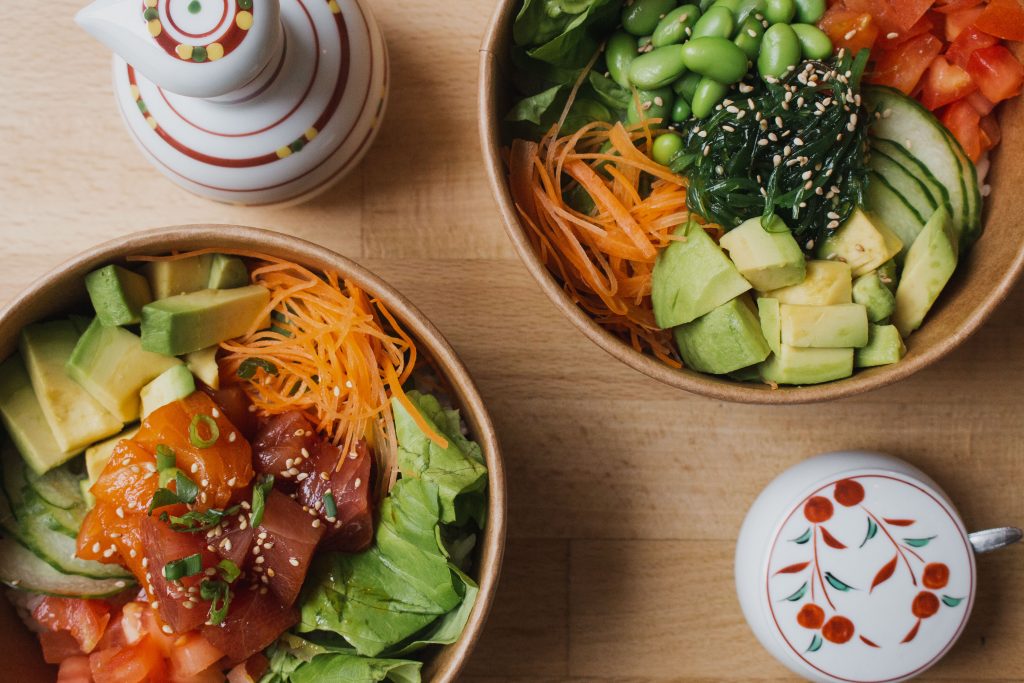 Kaori Simpson, who hails from Tokyo and owns Edinburgh’s Harajuku Kitchen has opened a street food version of the restaurant in the capital’s Little King Street as part of the new St James Quarter development’s al fresco grab and go offering.

The Japanese bistro, which started as a market stall serving noodles and gyoza, has gone back to its roots with the opening of the pop-up street food shack with a menu passionately created by Kaori and Head Chef, Nobuo Sasaki, that features Sushi burritos and Japanese Poke bowls served alongside favourites such as Yakisoba noodles and Kara-age chicken. The Sushi burritos can be customised and come with a choice of 11 filling combinations including prawn katsu, spicy salmon, prawn, avocado and tuna as well as vegetarian and vegan options. All burritos are packed with lettuce, cucumber and Asian slaw. There are four Poke bowls to choose from and soft drinks to accompany the food.

“When the opportunity to become part of the St James Quarter was presented to us, we could not turn it down. We are so excited to be part of one of the biggest developments that Edinburgh has seen in recent years.

“The menu reflects my Japanese heritage and incorporates all the things I love about Japan. The street food side of the business has always been a passion of mine as this is where we started. We are looking forward to the year ahead and growing the Harajuku Kitchen brand.”

Harajuku Kitchen, which launched in Edinburgh in 2013, is firmly rooted in authentic Japanese comfort food and street food, having started out as a stall at the city’s popular Stockbridge Market. Kaori prides herself in providing a unique and exciting Japanese eating experience, adhering to the fundamentals of the country’s cooking, which is underpinned by a deep respect for ingredients and their natural flavours. The restaurant has won numerous awards over the years; it was crowned Best Japanese Restaurant at the Asian Curry Awards in 2016, in 2018 it won Best Street Food at The Edinburgh Restaurant Awards and in 2019 Harajuku Kitchen took the title of Best Restaurant in Scotland at the Golden Chopstick Awards.